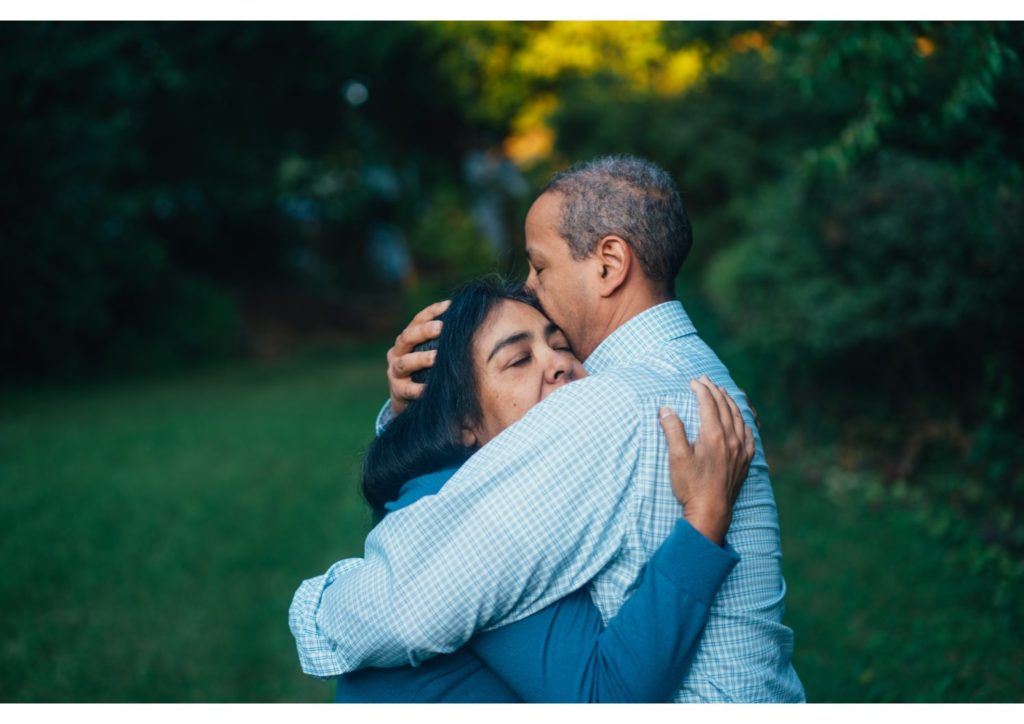 “I didn’t know what I was doing wrong…”, and to this day he doesn’t know. Together with the couple sitting in front of me, I’m going to look for clues.
A newly married couple and for half a year now proud parents of a little daughter. She sits peacefully sleeping in her little rocker while her parents are making a less peaceful impression; the situation they just told me about was too upsetting.

And how familiar this situation is to me. From many conversations with couples and from my own experience. Once again I think: silence – listening here – is golden.

The situation is quickly summarized. She had a terrible day and when he finally comes home, she starts talking about it: Already in the morning she has a headache but she refuses to take a painkiller because she is still breastfeeding. A whiny child who wants attention and only wants to be carried. In addition a
missed a deadline, the only one that would have even gotten out today.
All this is gushing out of her. His reaction? I don’t understand why you didn’t take a pill; we read that it’s not bad for the girl.

Her reaction? Resignation. She hands the little one over to her father without a word and withdraws. Later they argue – she feels misunderstood. So does he.

Sometimes the only thing that helps in such a situation is to give room to the other person’s anger. To turn on the “frustration tap” of the other person and let it all run out. And this works best by saying nothing but an empathic “Oh, dear”. What works even better here is a hug. A long, firm hug. And shut up.

How often does my husband want to help me out of a situation that frustrates me with a practical solution. It does not work. Because in these moments I don’t need a fix-up, I need a close-up, an understander instead of a doer.